A Sheriff has ordered MotoNovo Finance to refund over £4,500 to the buyer of a nine-year-old DS 5 hatchback in what has been described as a “landmark” case for RejectMyCar.

Sitting at Dunfermline Sherriff’s Court on Tuesday (January 10) Sheriff Charles Macnair ruled that the vehicle, which had covered over 100,000 miles at the point of purchase, was unfit for purpose and granted former owner Kenneth Herron a full refund of his higher purchase (HP) finance payments. 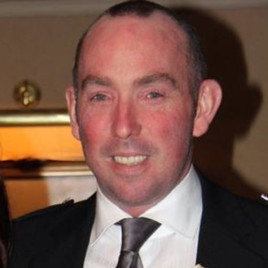 Ian Ferguson, the founder managing director of Glasgow-based of consumer advocacy firm RejectMyCar, warned that such cases could be on the rise as the cost-of-living crisis and vehicle shortages result in greater volumes of older cars being funded through finance agreements.

“This is a landmark case for us, the first we have won under the Consumer Rights Act, and it will change the consumer landscape for car buyers forever,” Ferguson told AM.

“Back when I was selling cars there were strict rules in place that meant you could not fund a car through finance if the agreement would extend beyond 10 years of a vehicle’s life.

“Now more and more people are funding older and older used vehicles and this kind of case could become a real issue for the sector.”

Last summer AM reported on a RejectMyCar case which heard how a woman bought a £142,000 Bentley Bentayga luxury SUV only to find it could not tow her caravan.

Car buyer Kenneth Macnair bought the DS 5 on a £5,650 HP agreement brokered through MotoNovo Finance at the end of September 2021, with a part-exchange valued at £3,600 and resulting monthly instalments of £130.

Seven instalments had been paid when the car broke down in January 2022.

Upon inspection the vehicle was found to have a faulty hybrid system, low battery power, a broken alternator belt caused by excessive movement and a broken offside road spring, court documents show.

The DS 5 was taken off the road.

RejectMyCar told the Sheriff’s court that the Edinburgh used car retailer that sold the car – which was not part of the court proceedings – had refused to carry out repairs or accept it in return for a refund in light of the issues.

At this stage Mr Herron turned to RejectMyCar and exercised his final right to reject the vehicle in terms of section 24 of the Consumer Rights Act – entitling him to a refund of all sums paid.

Ferguson, who told AM that RejectMyCar currently had in excess of 90 lives cases, including a number involving franchised car retailers and far newer vehicles, said: “This car was nearing nine years old and then put on a 61-month finance agreement. That, in my opinion, is folly.

“Car retailers selling older cars are going to have to be far more diligent in the checks they make and fully understand the risk they are taking.”

MotorNovo Finance made no comment in relation to the case.

Advertisement feature from eBay Motors Group One of the many welcome consequences of the increasing number of new electric vehicles (EVs) on our roads is the related rise in volumes now entering the used car market.  Although these numbers are still relatively low, they are enjoying exponential growth, as witnessed by the 44% jump in […]

Time to adopt a new approach to EV marketing

As prices drop and infrastructure improves, there are several steps auto marketers can take to prime the market for new EV buyers. By Jim Johnson At first glance, it appears that adoption of electric vehicles (EVs) in the US is going according to plan. Data from Axios shows that 4.6% of new vehicles registered in […]

EV service and repair: the next frontier to overcome

With EV numbers growing, it’s high time that an EV repair ecosystem was put in place, writes Pranjal Markale Market growth for electric vehicles (EVs) continues to accelerate as companies improve battery technology and public recharging infrastructure and overcome barriers to purchase, such as high prices. Surging EV sales are testimony to this fact. During […]