The car retail business submitted a planning application for its site on the A58, Sheepscar, over the festive period that would see it expand onto grass belonging to neighbouring Holy Rosary and St Anne’s Catholic Primary School, Leeds Live has reported.

Under the proposal the area – measuring nearly half the size of a football pitch – will become a display area for vehicles and home to five electric vehicle (EV) charging points.

Bennett’s, which also operates an adjoining Dacia franchise, said in its application that the development was “necessary” to meet “increasing demand” for EVs. 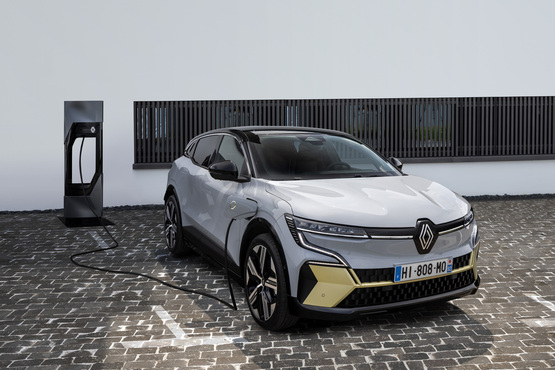 Renault became an early pioneer of EV sales with its Zoe hatchback and will soon benefit from sales of its all-new Megane E-Tech, the first of 10 new EVs to be launched as part of the OEM’s ‘Renaulution’ strategy by 2025.

Leeds Live said that several trees covered by tree protection orders would be felled to make way for the development.

But representative of Holy Rosary and St Anne’s Catholic Primary School remain supportive of the plans after discussions with Bennett’s resulted in the promise of improvements to its outdoors facilities for pupils.

Its planning application said: “As part of the proposal the applicant has offered a financial contribution to assist in improving the external activity areas of the school.”

Speaking to Leeds Live, the school’s business manager, Jackie Coyle, said: “The school is fully in support of the application and we have been in consultation over the plans for about five years.

Volkswagen’s CEO Herbert Diess announced that he wants to recruit an “aggressive climate activist” to work for the company, with direct access to the board in order to challenge its green policies. While this seems honourable, VW is starting from a bad position. The company belongs to an industry that is responsible for 72% of […]

Auto Trader sells off its Carzone division in Ireland

Auto Trader has sold off its Webzone subsidiary, which trades as Carzone in the Republic of Ireland, for 30m euros (approx. £26m). The new owner of Carzone, which is Ireland’s second largest automotive marketplace for dealers and private sellers, is print and digital media publisher Mediahuis Ireland, which already owns CarsIreland.ie and Cartell.ie. Carzone represented […]

A luxury and premium car retailer suffered an estimated £30,000 loss after a London solicitor allegedly exploited distance selling regulations to gain full refunds on two Tesla EVs he had owned for over a year. The managing director of Sutton-in-Ashfield-based Auto100, Christopher Smith, warned other retailers to double-check their sales process and contracts after being […]