Chancellor of the Exchequer Jeremy Hunt revealed that electric vehicles (EV) will not be exempt from road tax from 2025 in an Autumn statement which claimed to prioritise “stability, growth and the protection of public services”.

Car retail businesses across the UK will have noted plans to proceed with next year’s re-evaluation of business properties to reform business rates and a hike in the national living wage to £10.42 from April among this lunch time’s announcements in the House of Commons.

But many in the sector were concerned about the impact of plans to tax EVs at a time when the sector is still battling to recover new car registrations in a post-pandemic period impacted by supply issues and, increasingly, concerns about consumer demand in recession.

Commenting on the plan for EV taxes Auto Trader commercial director Ian Plummer said the EV tax reforms appeared “short-sighted” and sent “the wrong message”, adding: “The Chancellor is clearly looking for revenues, but the prospect of increased running costs will drive more would-be buyers away from EVs when other incentives are being scrapped and high energy bills are eroding the advantages of going electric.

“Our analysis shows that drivers can still save £80 per 1,000 miles by making the switch to electric, but this move will take away a big chunk of the ownership savings that are still very much needed to bridge what remains a significant purchase cost differential for EVs.”

A detailed plan for EV taxation from 2025 has yet to be revealed by Government.

Ashley Barnett, head of fleet consultancy at Lex Autolease, said: “The introduction of VED on EVs won’t immediately stall future uptake, but it does highlight the need for a more coherent and joined up conversation between government departments and industry bodies to simplify what is becoming an overly complicated vehicle taxation system.

“Vehicle Excise Duty must operate in a fair, emissions-based way if we are going to continue to clean up the older and more polluting vehicles on the UK’s roads.”

Giving an overview of the economic climate in his Autumn statement today, the Chancellor acknowledged that the UK was in recession – highlighting the impact of Russia’s invasion of Ukraine in the contributing factors – and suggested things would get worse before they improve.

But he asserted that a “recession made in Russia” would be met by “a recovery made in the UK”.

Businesses will benefit from ongoing measures aimed at reducing the burden of business rates thropugh the provision of £13.6bn of support over the next five years.

This includes freezing the multipliers, increasing relief for retail, hospitality and leisure to 75%, and reforming transitional relief on the revaluation by exchequer funding the scheme and abolishing downward caps.

National Franchised Dealers Association (NFDA) chief executive Sue Robinson welcomes this and Government’s decision to scrpa plans for an online sales tax. She said: “The Online Sales Tax threatened franchised dealers with the possibility of being taxed for their click and collect sales, a prominent feature in present and future operations.

“NFDA is pleased to hear that our lobbying efforts were successful, the government has decided to scrap the proposed OST. We urged the government not to introduce this complex tax which would disproportionately impact brick and mortar businesses.”

Among the other announcements in the Chancellors’ budget was a freeze on the income tax personal allowance threshold until 2028 – resulting in millions of people paying more in tax.

Elsewhere taxes will be raised by an increase in the windfall tax on energy firms to 35%, meaning an overall increase in oil and gas companies’ tax from 65% to 75% on profits from UK operations lasting until March 2028, extended from December 2025.

Together with a 40% tax on profits of older renewable and nuclear electricity generation, this is expected to raise £14 billion next year alone.

The Chancellor confirmed that UK households would see their energy bills rise in 2023, with the current price cap rising from an n average of £2,500 per year to £3,000.

The Chanceollor said the UK’s approach to energy must change in order to “stop ourselves being at the mercy of international gas prices: energy independence combined with energy efficiency”. 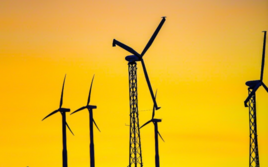 The government is announcing a new long-term commitment to drive improvements in energy efficiency to bring down bills for households, businesses and the public sector with an ambition to reduce the UK’s final energy consumption from buildings and industry by 15% by 2030.

New government funding worth £6bn will be made available from 2025 to 2028 to drive the plan.

Contracts will be also signed in the coming weeks to get the Sizewell C nuclear plant in the south east of England off the ground, the Chancellor said.

Sizewell C is expected to provide up to 7% of the UK’s total electricity needs – powering six million homes for 50 years – but is not expected to begin generating electricity until the 2030s.

Ground truth is the ‘guiding light’ for ADAS and AD progress

Vehicles are growing smarter and safer all the time. More sensors, advanced artificial intelligence (AI) and greater computing power promise to revolutionise the safety and efficiency of roadways, but just how safe is safe? Boston-based NextDroid offers a software platform that collects and analyses vehicle and road data to help developers validate the performance of […]

Listers Group is lining-up a relaunch of its Volvo Car UK dealership in Leamington Spa following a £2 million project to bring the facility up to the Swedish brand’s VRE corporate identity (CI). The Stratford-Upon-Avon-based AM100 car retail group’s dealership on Heathcote was significantly upgraded follow the franchises acquisition from Tollbar Warwick, part of the […]

To protect supply chains, we must invest in innovation

Our world view has changed. Thirty years of faith in globalisation has been shaken by COVID, the chip shortage, and the war in the Ukraine. Worldwide, corporations are re-evaluating their supply chain risk management. Apple, which has been so successful and so reliant on Chinese manufacturers, is significantly expanding production in India and Vietnam. Expect […]