Donalds Group has officially taken over the operation of the Kia UK Ipswich dealership formerly operated by Marshall Motor Group.

The move by the Peterborough-based operation – previously reported by AM in early August – completes the Constellation Group-owned former PLC’s exit from the growing Korean brand.

Drayton Motors had previously taken over the former Marshall’s Kia franchise in Scunthorpe.

It represents a “homecoming” said the group which represented Kia in Ipswich from 2005 to 2008.

Donalds Group managing director Graham Wemyss said: “Kia is one of the fastest-growing car brands in the country with a range, including award-winning hybrid and all-electric models, that provides something for everyone.

“By taking over the franchise for the Ipswich area we are offering local customers a winning combination of a fantastic choice of vehicles and Donalds’ renowned standards of customer care for both sales and aftercare.”

As reported by AM in a recent manufacturer profile feature, Kia is targeting record registrations of 100,000 in 2022’s faltering new car market.

The AM Awards 2022 Manufacturer of the Year’s addition of the new Sportage SUV and new Niro alternative fuel vehicle range are central to its plans for growth.

Kia is also rolling out a new corporate identity – first seen at the OEM-run dealership in Bolton – and Donalds is planning to develop the 1.2-acre Ipswich site to the latest Kia Global Store Concept standard. 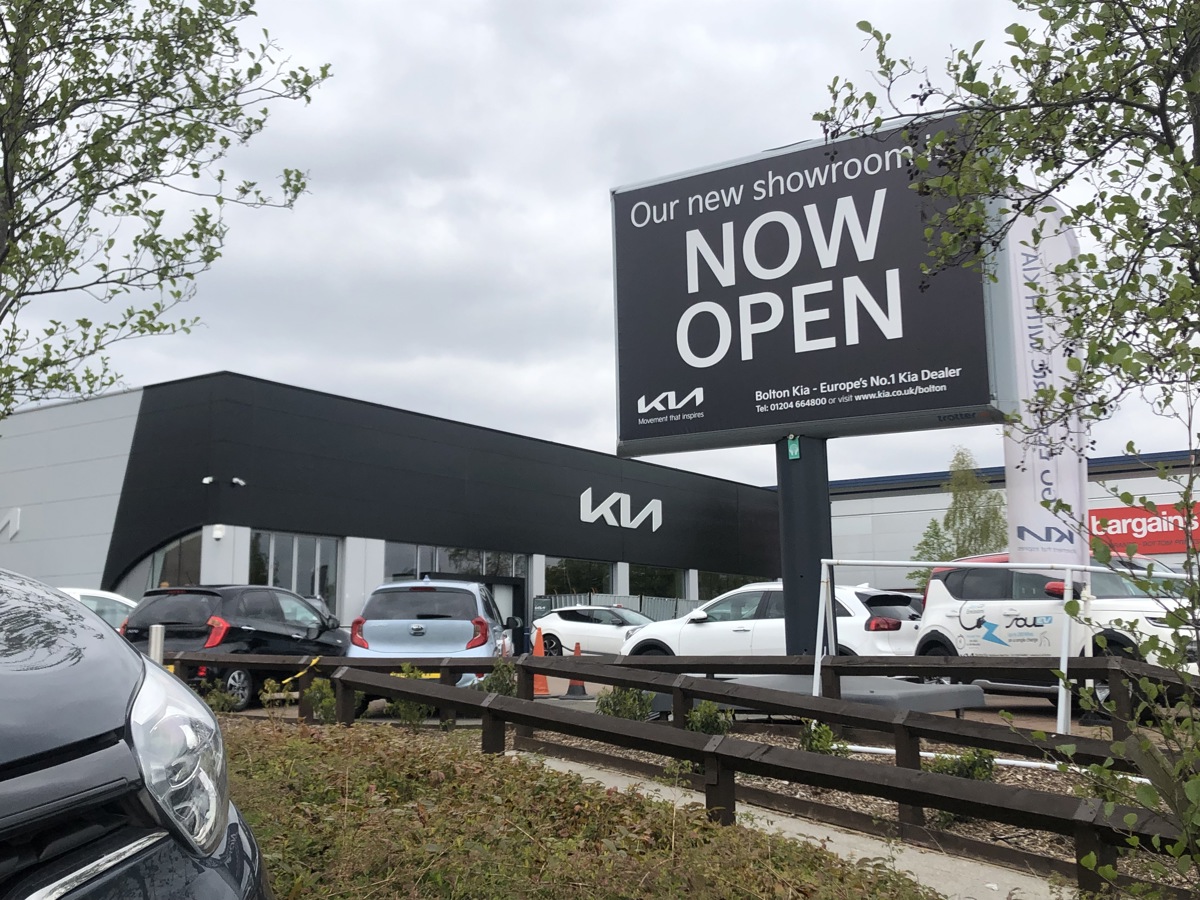 Back in August, Marshall owner Constellation Automotive, which also counts BCA, cinch and WeBuyAnyCar among its automotive brands, denied suggestions from an AM source that its split with Kia had come after the newly-privatised group upset the OEM’s bosses with a lack of consultation over board changes which included the departure of chief executive Daksh Gupta.

A spokesperson for Constellation said: “The origins of the Marshall/Kia separation go back more than one year ago, well before the initial Constellation Automotive Group move to buy Marshall Motor Group.”

News of Marshall’s exit from the Kia UK franchise came just over a month after AM reported that manufacturer franchise partners including BMW, Mercedes-Benz and Volvo had given their backing to its newly-installed Constellation Automotive leadership team.

Responding to enquiries about the nature of Marshall Motor Group’s departure from the burgeoning brand’s retail network, a statement issued to AM by Kia UK said that it was with regret that “we cannot disclose individual details of partner agreements, or the corporate decisions that are made during the course of the franchise, as this is confidential between Kia UK and the franchise partner”.

It added: “Kia UK works in partnership with its 192-strong dealer network. The nature of these relationships and the changing business environment results in the network evolving over time – with new premises, new franchise partners, transfer of ownership and other such processes.

Lightyear 0 proven the most aerodynamic production car in the world

An intrepid group of car retail sector leaders are now just days away from an epic fund-raising climb up Mount Kilimanjaro… two years after the COVID-19 pandemic stalled the expedition. JCT600 chief executive John Tordoff and Marshall Motor Group commercial development director Adrian Wallington are among the party of automotive sector leaders who will trek […]

By Peter M. DeLorenzo Detroit. As longtime readers well know, the Chevrolet Corvette has played an inexorable role in my ongoing car addiction. I’ve been honored to have experienced some of the most famous and spectacular Corvettes ever built in period and in real time. Those experiences are forever etched in my mind, and for reasons I’ll explain […]