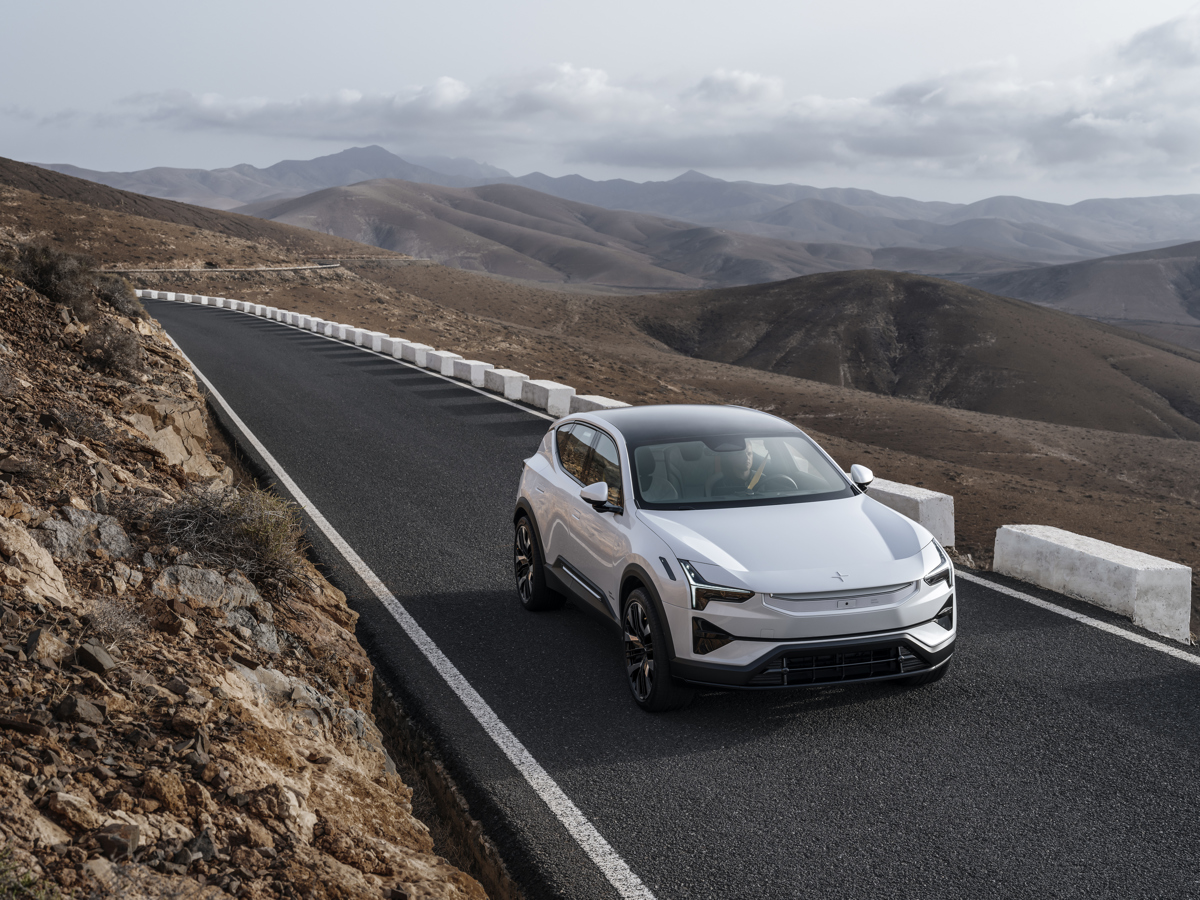 Polestar has launched its second fully electric model, the Polestar 3, which is available to order online now for £79,900

The new SUV has a WLTP range of 379 miles, courtesy of a 111kWh battery pack. It will enter the premium end of the market, alongside cars like the Audi e-tron and BMW iX.

From launch, the Polestar 3 is available with a dual-motor configuration, with a power bias towards the rear. The standard car produces a total of 489PS and 840Nm. With the optional Performance Pack, total output is 516PS and 910Nm.

The car can accelerate from 0-62mph in five seconds, or 4.7 seconds if equipped with the performance pack.

Adjustable one-pedal drive is included, as well as an electric Torque Vectoring Dual Clutch function on the rear axle. A decoupling function is also available for the rear electric motor, allowing the car to run only on the front electric motor to save energy under certain circumstances.

The list of standard equipment on the Polestar 3 is extensive, with only a few options for simplified configuration and production. All versions include air suspension, a full-length panoramic glass roof, all-LED lighting inside and out, retractable door handles with proximity sensing, and 21-inch alloy wheels.

The Plus Pack and Pilot Pack are fitted as standard for the first model year and include a raft of extra features like a 25-speaker audio system from Bowers & Wilkins, soft-closing doors, a head-up display and Pilot Assist.

The Performance Pack, which includes 22-inch wheels, bumps the price to £85,500.

The SUV will begin production in early 2023 and will be built alongside the new Volvo XC90.

“Polestar 3 is the SUV for the electric age. Our design identity evolves with this high-end large luxury EV, with a strong, individual brand character,” said Thomas Ingenlath, Polestar CEO. “With this car, we bring the ‘sport’ back to the SUV, staying true to our performance roots.

“This is a major milestone for our company, one that boosts our growth trajectory and takes us into our next phase.”

Polestar grew its revenues 95% and registrations by 123% during the first half of 2022 – despite having only one-model in its range.

Following the opening of Paul Rigby’s new Polestar Space in Birmingham earlier this year, the brand is set to expand its small network of UK Polestar Space showrooms to four this autumn.

Fisker to start production of UK-bound EV in November

American electric car brand Fisker is gearing up to start production of the Ocean, its first UK-bound model, in November. The company has already built 95 prototype Fisker Oceans, which will be used to train service workers, conduct rigorous testing, and showcase the five-passenger, all-electric SUV across nine launch markets. “It’s fantastic to see the […]

How will electrification and automation alter car interiors?

Peugeot, Aehra and Arm weigh in on how evolving customer requirements will shape passenger vehicle cabin design. By Will Girling The post How will electrification and automation alter car interiors? appeared first on Automotive World. Source link

The vehicle can perform assisted lane changes on the motorway if the turn signal lever is tapped briefly. It can use swarm data or also learn recurring parking manoeuvres: the Volkswagen ID. Buzz01 is being introduced with new intelligent assistance systems that can make driving even more convenient and also increase safety. This is in line […]