BYD’s ATTO 3 delivered a five-star Euro NCAP safety rating ahead of its UK market debut as eight new car models delivered the crash tester’s top score in the most recent round of results.

The EQE, the latest addition to Mercedes’ all-electric EQ range, won special praise from Euro NCAP for its Active Distance Assist DISTRONIC driving aid, with Active Steering Assist is available as an option.

If a driver becomes unresponsive, the system’s Active Emergency Stop Assist functionality will safely manoeuvre the car to the slowest lane before bringing it to a halt.

Commenting on the technology, Euro NCAP secretary general Michiel van Ratingen said: “Fully autonomous driving is still some way away, but the groundwork is being laid by robust, high-performing assisted-driving systems like this one from Mercedes.

“Congratulations to them on their ‘Very Good’ grading, and on getting their fourth five-star safety rating this year.”

BYD was said to be destined for the UK market as long ago as 2010. Now, with its arrival imminent, the brand’s ATTO 3 also won plaudits for its full suite of ADAS technologies.

The Citroën C5 X – also built in China by joint-venture Dongfeng Peugeot-Citroën Automobile – and the electric limo from the Renault-Jiangling joint-venture Mobilize lost points in safety testing due to their “omission of equipment or marginal performance in some of the active safety tests”, Euro NCAP said. 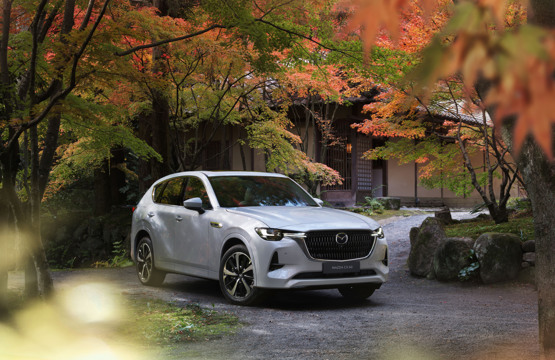 BMW X1 and 2 Series Active Tourer delivered almost identical scores in all parts of the assessment to claim their five-star ratings, meanwhile, while the Mazda CX-60’s impressive all-round performance eared it the top rating.

Volkswagen’s facelifted Golf 8 – recently been updated with the addition of a centre airbag, lap pretensioners, junction assist and a fatigue detection system – saw it deliver five stars against test criteria updated since its last assessment.

Michiel van Ratingen said: “It is excellent to see Volkswagen continually improving the safety of the Golf, to keep abreast of the latest developments and keep pace with competitors.”

V12 Vehicle Finance (V12VF) states that the role of used car professionals is undergoing transformation. A customer survey carried out by V12VF – featuring 1,002 dealers – showed that 69% feel most confident when buying a car from a franchised or independent dealer. The research also revealed that more than a quarter (26%) of motorists would […]

Lookers gears up for team bike ride to raise £150,000 for charity

Teams from Lookers are gearing up to hit the roads and cycle more than 400 miles to raise £150,000 for charity this month. The six-day cycle challenge will see a team of 10 Lookers’ colleagues set off from its Birmingham Lookers Vauxhall Selly Oak dealership on September 25 and travel to Ambleside, Cumbria, taking in […]

Where is the US headed with its CASE journey?

The US is the second largest automotive market in the world, following only China both in terms of vehicle registrations and production. The industry accounts for 3% of the country’s GDP. Every year, Americans spend nearly US$800bn on vehicle loans and insurance, and on average more than 90% of households have access to at least […]